A new poll suggests Justin Trudeau’s Liberals are losing the political debate over the issue of irregular border crossings. 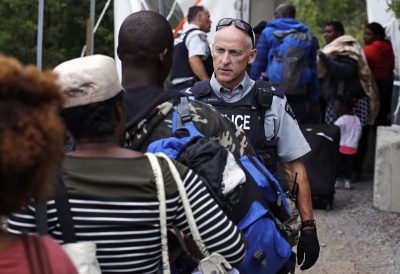 The Angus Reid poll finds the majority of Canadians believe migration into this country has reached a crisis level, a term the Conservative party has used in recent months to describe the situation. Nearly two thirds believe Canada has taken in too many asylum claimants. And 58% of Canadians surveyed say the country is too generous to border crossers, an increase from 53% when Angus Reid asked a similar question a year ago. The survey comes as Canada’s budget watchdog says the federal government has spent more than 85 million dollars dealing with the influx of asylum seekers during the last year. However, some estimates put that figure as high as 117 million. But the bill will no doubt grow this year as the provinces call on Ottawa to cover their costs as well.