HUNDREDS MAY HAVE RECEIVED LESS THAN FULL DOSE OF CHEMO

A review of cancer care in Ontario found hundreds of patients did not get full doses of cancer drugs because of issues with how the IV medicine were administered. 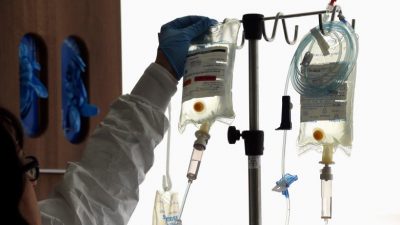 Cancer Care Ontario says of the nearly one thousand people affected, less than ten needed to receive additional treatment as a result. But  the agency says the matter is being taken seriously and guidelines for hospitals on how such drugs should be administered are being updated. The dosing issue first arose in June when the Mississauga Hospital notified the provincial agency of medication being left behind in IV tubes after patients received treatment. All 74 Ontario hospitals that deliver cancer drug treatments were asked to review their procedures to make sure medication was being administered properly. 35 hospitals reported back saying they found issues with how three drugs were being given to cancer patients.