Photo radar is now being used at one Toronto school zone with plans for more in the near future. The technology will be used to record the speeds of drivers and grab images of their licence plates but Mayor John Tory says for now, it won’t lead to tickets. It will now be up to  Premier Doug Ford’s government to make the regulatory changes necessary to allow for tickets. The pilot project is part of the city’s Vision Zero Road Safety Plan. It’s currently set up near the intersection of Don Mills Road and Overlea Boulevard. The four month pilot project that began today with the return of students to school. 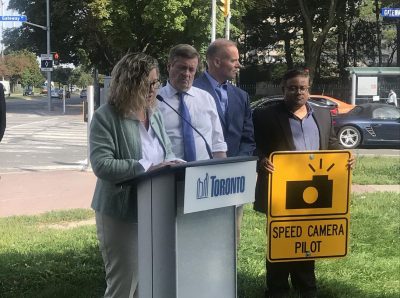