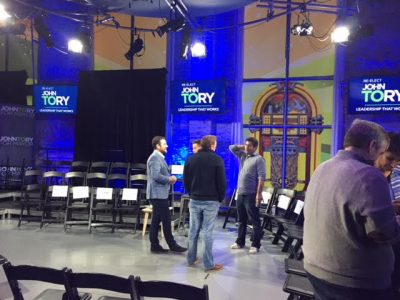 The Mayor spoke about  his accomplishments over the past term, and talked at length about gun violence, repeating that the city under his leadership plans to hire 200 more police officers by the end of this year and another 200 next year. Tory says he’s the first to publicly call for tougher bail conditions noting his city council asked the federal government to ban the sale of handguns in the city. The Mayor also took aim at his main rival, Jennifer Keesmaat, saying his Smart Track plan is moving ahead but her priority is to re-rail it. He also took questions on everything from transit issues to jobs creation. The town hall served as the official re-election campaign kick off with just over a month until voting day on October 22nd.