Paul Simon ended his final concert tour under a moonlit sky on home turf last night, telling an audience in a New York park that their cheers “mean more than you can know.” 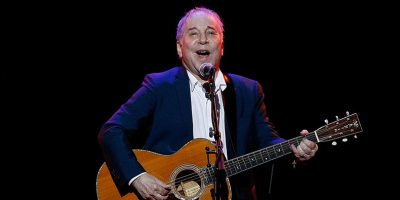 Simon performed at Flushing Meadows Corona Park, which he said was a 20-minute bicycle ride from where he grew up. The only guest musician at the final concert was his wife, Edie Brickell. Halfway through the concert, Simon brought out a baseball glove and played catch with the audience. The 76-year-old Simon isn’t retiring, and hasn’t ruled out occasional future performances, but this is his last time out on the road.