CONTROVERSIAL DEBATE CHARGES AHEAD DESPITE OPPOSITION 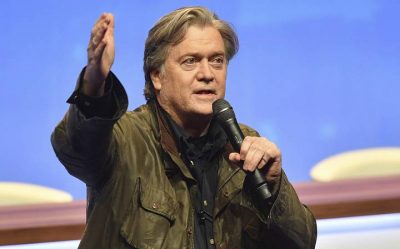 He’ll go up against conservative commentator David Frum, who will defend liberal democracy. Critics have already called for a stop to the debate involving the former key aide to U.S. President Donald Trump. They say Bannon’s views fuel hatred of marginalized groups. The Munk Debates, which organized the event, says the vigorous contesting of ideas is a public service. It will take place in Toronto in front of a live audience.