NO MAIL DELIVERY IN GTA MONDAY

Don’t expect mail delivery for much of the GTA today after Canada Post workers in Scarborough walked off the job last night. 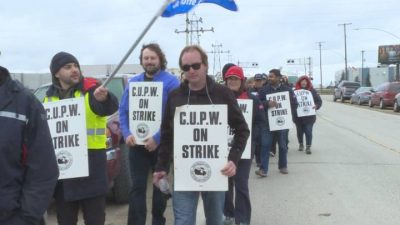 It’s the latest location hit by rotating strikes across the country as the two sides remain apart on many issues after 10 months of negotiations. CUP-W spokesman Derek Richmond says Scarborough is a major postal hub impacting over one million residents as far east as Port Hope and north to Newmarket. The crown corporation said in a statement Sunday night that the rotating strikes have impacted operations in more than 70 communities across the country causing multi-day backlogs. Monday’s job actions are also targets cities in Southwester Ontario and in Newfoundland and Labrador.