CANADA POST BACK TO WORK LEGISLATION CLEARS ONE HURDLE

Legislation to end the Canada Post strike has cleared the House of Commons. Politicians stayed until past midnight to get the bill through the house and it must now clear the Upper Chamber where Senators will sit for a rare Saturday session and tomorrow if necessary to debate the back to work legislation. If Senators green light the bilL, it then goes onto to Royal Assent and would come into force a day later putting an end to rotating strikes. But the union says it will challenge the bill in court because calling it unconstitutional. NDP Leader Jagmeet Singh agrees and is critical of the Liberals for forcing the striking workers back to work. Labour Minister Patty Hajdu has defended the bill saying its necessary to protect all Canadians who rely on mail service, especially in this busy holiday season. 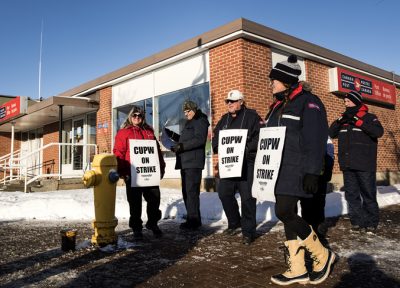