Toronto’s newly minted OPP Commissioner is defending his hiring despite the controversy over his appointment, speaking publicly for the first time since the hiring announcement. 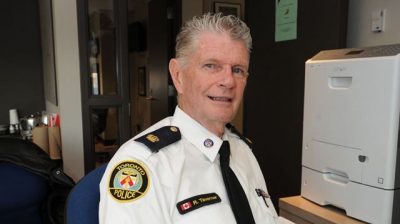 Ron Taverner was asked about his appointment while attending a Christmas event in Rexdale Saturday and while the current Toronto Police superintendent didn’t address his critics directly, saying it’s inappropriate to speak about his close friendship with Premier Doug Ford calling it a “normal thing.” His appointment has been harshly criticized because of that friendship. But Ford insists he had nothing to do with the decision, pointing to a three person independent hiring panel. Critics are also upset over reports the job posting was amended to suit Taverner’s qualifications. The 72-year old Taverner is a 50-year veteran of the Toronto Police force and says he has no plans to retire.