85-year-old Carol Burnett is the first to receive a new TV special achievement trophy handed out at next month’s Golden Globe telecast and it will be named after the comedic icon. The award is the small-screen version of the group’s film counterpart, the Cecil B. DeMille Award will annually honour someone who has made outstanding contributions to television on or off the screen. 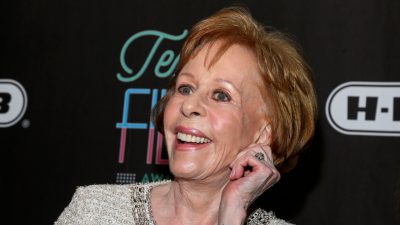 The first Carol Burnett Award will, fittingly, go to Burnett, a five-time Golden Globe winner who was the first woman to host a variety sketch show, The Carol Burnett Show.