Two famous Newfoundlanders have stepped in to help an elderly veteran whose guitar went missing earlier this month. 82-year-old Edward Sheppard was devastated after his guitar, a gift from his late wife, was stolen from his home in Stephenville Crossing. Comedian Mark Critch sent out a tweet asking if his any of musician friends had a guitar they could spare. Alan Doyle came to the rescue, the east coast musician is best known as the frontman for the band Great Big Sea. Doyle hand-delivered his spare guitar to Edward who was staying with his son in St. John’s. His daughter says she’s grateful for the quick responses, and isn’t surprised that fellow Newfoundlanders stepped in to help but she hopes the original guitar finds its way back to her father. 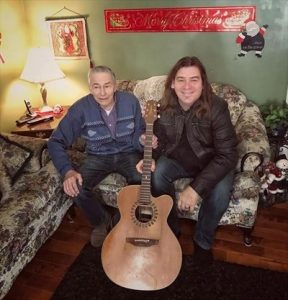