1,116 PEOPLE CHARGED WITH IMPAIRED DRIVING IN TORONTO IN 2018 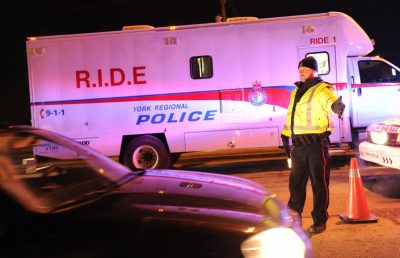 Of those arrested during 2018, 74 were due to alleged drug impairment.

During the Holiday RIDE campaign alone, which ran from November 14th until New Year’s Eve, 170 people were arrested for impaired driving.

As of December 18th, police officers can demand a road-side sobriety test even if the driver is not displaying signs of impairment.  Penalties for impaired driving offences also increased on January 1st, 2019.

Despite the new powers for front-line officers, increased penalties and the fact that some police services publish the names of those caught impaired driving, people continue to get behind the wheel while impaired.

York Region, who post the names of those charged, said that during the Christmas week alone 22 people were charged, including an Uber driver.