OUT OF THIS WORLD SONG WRITTEN FOR NASA

British songwriter Brian May has released the song he wrote in honour of NASA’s mission. The co-founder of the iconic band Queen debuted his new song in the Physics Lab at Johns Hopkins University in Maryland early New Years Day. On the same day that NASA’s spacecraft successfully flew by a celestial object nicknamed Ultima Thule, which is 1.6-billion kilometres beyond Pluto. May says the mission represents “the spirit of adventure and discovery inherent in the human spirit.” 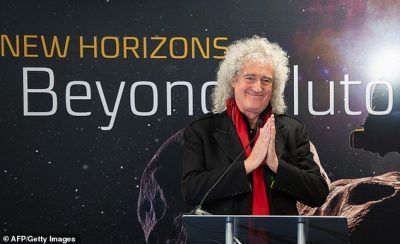