BILLY CONNOLLY SAYS THE END IS NEAR

Scottish actor and comedian Billy Connolly says his life is slipping away amid his Parkinson’s disease. 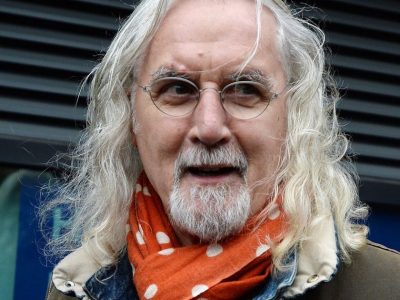 The 75-year-old opened up about his diagnosis in his documentary called MADE IN SCOTLAND airing on the BBC. Connolly says with the end of his life in sight, he’s not frightened even calling it an “interesting adventure” but the comedian has stepped back from work as his mobility and memory have slowly started to falter. Diagnosed in 2013, Connolly says good things still surround his life like friends and family that keep him company as he gets older.