Her more than quarter-century streak on the bench is over. 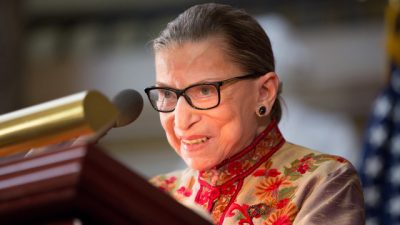 U-S Supreme Court Justice Ruth Bader Ginsburg is missing arguments for the first time in more than 25-years as she recuperates from cancer surgery. The 85-year-old was not on the bench as she recovers from the surgery and works from home, relying on written briefs and transcripts. A documentary about her life was released last year that explored the iconic judge’s personal and professional life. Ginsberg was released from a New York hospital Christmas Day after doctors removed two cancerous growths from her left lung.