Audience members got a surprise when Carole King made an appearance in the Broadway musical based on her life. The packed house at the New York City theatre erupted when King took the stage last night to perform the final song “Beautiful”. 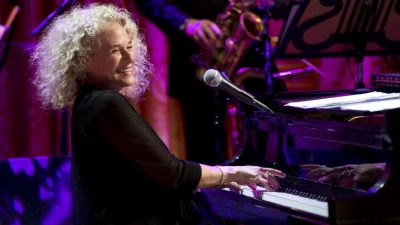 The 76-year-old singer-songwriter says its kind of miraculous that the show has lasted for five years because not many do. King has performed onstage during curtain calls during the show’s long run but has never appeared in the show itself. “Beautiful” opened on Broadway on January 13th, 2014 and went on to win a Tony Award, a Grammy and, for its touring production, and an Olivier Award in the U.K.

CITY OF TORONTO CELEBRATES COMPLETION OF RECONFIGURATION OF ''SPAGHETTI JUNCTION''