Police say a Group of Seven painting has been stolen from a Toronto home. 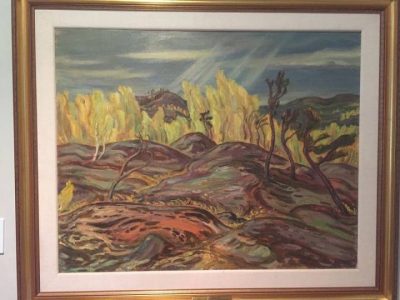 The painting is an original piece of art by A.Y. Jackson and was stolen along with other items. Officers were called about the break-and-enter on Friday where the painting was reported missing. Investigators say the painting, “Sun Gleams; Autumn, North Saskatchewan” is oil on canvas and is worth more than $200,000. The Group of Seven consisted of painters best known for capturing Canadian landscapes in their work.