Even as Donald Trump agrees to a short-term deal to end the partial government shutdown, he’s not giving up on a border wall with Mexico. 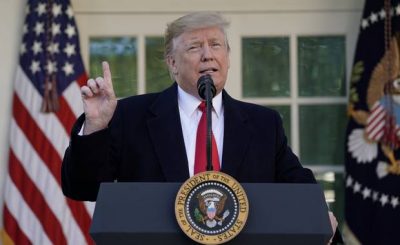 Today, Trump announced that the U-S government will temporarily reopen while he negotiates with Congress for funding to pay for the wall but cautions lawmakers have just three weeks to get a deal done or the government will shut down again on February 15th or he’ll invoke an emergency measure to get funding for the wall. Meantime, House Speaker Nancy Pelosi says she’ll discuss a future date for the President’s State of the Union address once the government re-opens. The annual address was originally scheduled for Jan. 29, but Pelosi cancelled it amid an impasse over the shutdown.