LINDA RONSTADT " AFRAID OF SUFFERING, BUT NOT AFRAID OF DYING"

Linda Ronstadt is opening up about losing her voice and living with Parkinson’s. In a candid interview, the 72-year-old singer revealed that her health has deteriorated to the point that she can’t even sing in the shower. 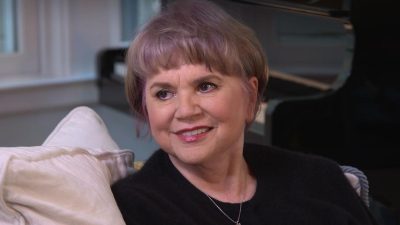