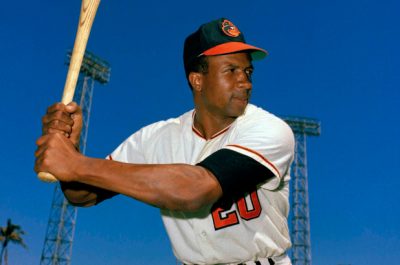 He was the first African-American manager in the big leagues when the Cleveland Indians hired him in 1975. He also managed San Francisco and Baltimore before taking over as the Expos final manager from 2002 to 2004. He followed the franchise to Washington, where he stayed on for two more years. Robinson was 83.