A NEW OPERA REVISITS THE GREAT FLOOD OF 1913

An opera company and an orchestra are teaming up to tell the story of the 1913 Great Flood, one of the  worst weather disasters in the U-S.

The production that premieres Friday in Columbus  focuses on the flood and its lasting effects on one Ohio family. The artistic director of Opera Columbus says the opera it’s well-suited for the flood story’s heavy subject matter. The disaster unfolded in March 1913. In Ohio alone, more than 400 people died and over 20,000 homes were destroyed. The same weather system led to significant flooding from Illinois through Connecticut. 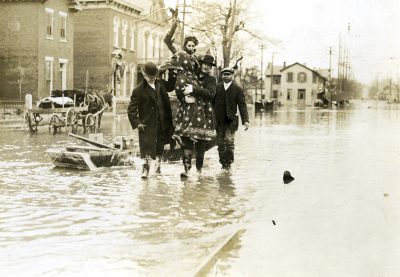