A Brampton father has been charged with first degree murder in the death of his 11-year old daughter. 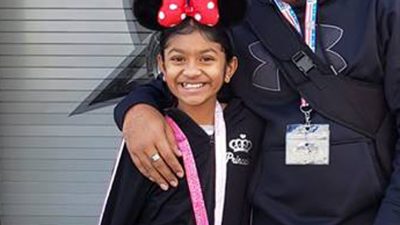 The body of Riya Rajkumar was found in her father’s Brampton home Thursday night. Her father 41-year-old Roopesh Rajkumar was found near Orillia after someone spotted his vehicle and called 911 after an amber alert was issued. He’s been charged with 1st degree murder and is being treated in hospital for undisclosed injuries. Riya’s mother went to police when the girl’s father failed to return her from a birthday outing, and after he allegedly indicated his intention to harm their daughter and himself.