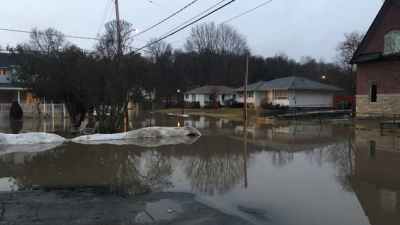 A temporary evacuation centre has been set up in Caledon after the Humber River breached its banks leading to major flooding.

Residents of downtown Bolton came home Friday evening to find their streets submerged as ice jams forced the river to spill its banks.

Provincial police blocked several streets, and an evacuation centre was set up at a local recreation facility.

Saturday, Caledon Mayor Alan Thompson said it was unclear when residents would be able to return to their homes as it was expected to take some time for all of the damage to be assessed.