RITUAL OPERA FOR THE DEAD ON STAGE IN TORONTO

It’s been called the greatest opera ever but rarely performed in Canada despite it’s popularity around the world. Kopernikus is the only opera ever written by Montreal composer Claude Vivier before his tragic death at just 34 years. It’s on stage now at Toronto’s Against Grain Theatre. Artistic director Joel Ivany was a guest of The Oasis on The New Classical FM to talk about the the opera that follows a women’s journey from death to the afterlife. It’s on stage now until April 13th. More information here 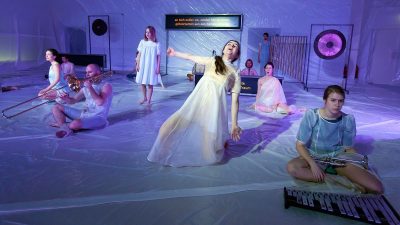