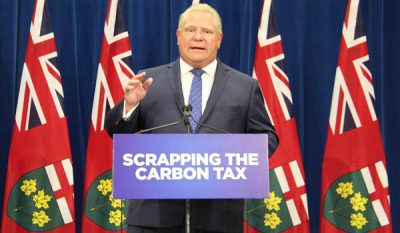 It is expected to take several months for Ontario’s Court of Appeal to hand down its ruling on the province’s constitutional challenge of Ottawa’s carbon tax.

During the four day-long hearing this week the court heard warnings about the dangers of unchecked greenhouse gas emissions.

Attorneys for Indigenous groups made their argument in support of the carbon tax, stressing their vulnerability to global warming which they said could destroy their way of life.