An original show from Toronto’s Soulpepper Theatre Company, edged out Broadway imports such as “Dear Evan Hansen” to nab the most nominations for a musical at this year’s Dora Mavor Moore Awards. 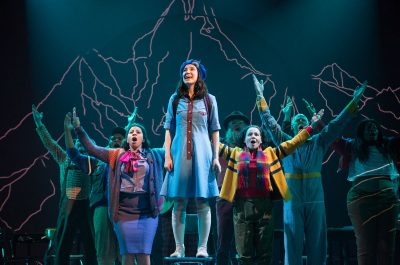 ROSE racked up 11 nominations, including best production, best new musical, best direction and some acting nods. Soulpepper is up for a total of 25 nominations heading into the awards show and ceremony, which recognize excellence in Toronto theatre, dance and opera. The Canadian Opera Company scored 33 nominations, a higher total than any other contender. Newcomer Eclipse Theatre Company also racked up six musical nominations for its debut production of “Kiss of the Spider Woman.”The winners will be announced June 25th at the Sony Centre for the Performing Arts.