Paul McCartney told fans at a B.C concert Saturday that he was a bit nervous to sing Blackbird after seeing the Mi’kmaq version performed by Cape Breton teen Emma Stevens. 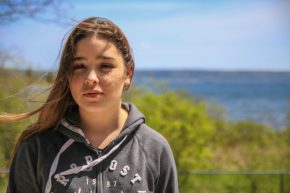 Stevens posted her cover of the song on YouTube  to highlight the U-N’s International Year of Indigenous Languages. The former Beatles front man met Stevens before his show and told her the Mi’kmaq version was beautiful.