Forecasters in the U-S say tropical storm Barry is strengthening as it approaches the Louisiana coast. 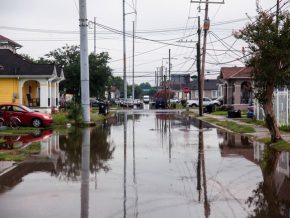 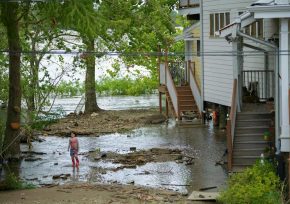 It’s expected to become a hurricane by the time it reaches land. The National Hurricane Center says the storm will bring a hazardous combination of high winds and slow moving rainbands. Hurricane warnings are in effect along the Louisiana coast. The storm’s centre is expected to come ashore tonight or sometime tomorrow. Search-and-rescue teams are stationed at three places in Mississippi in preparation for torrential rainfall from Tropical Storm Barry as it pushes north from the Gulf of Mexico. There have been long lines at New Orleans’ international airport as people try to flee. Still recovering from 2017’s Hurricane Harvey, the city of Houston is helping neighbouring Louisiana as Tropical Storm Barry looms. Houston’s Mayor announced a Relief Hub and a call for donations ranging from diapers to batteries to bottled water.