Organizers have unveiled the first slate of galas and special presentations for this Toronto International Film Festival, which opens September 5th. “A Beautiful Day in the Neighborhood,” stars Tom Hanks as children’s beloved TV entertainer Fred Rogers and Matthew Rhys as a journalist assigned to profile him. 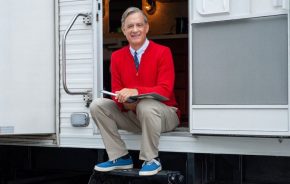 The film “Joker” starring Joaquin Phoenix is also bound for TIFF. More than 50 films were unveiled for 2019 TIFF Tuesday morning and many of them with acclaimed directors and early Oscar buzz. Film Festival executive director Joana Vicente says 50 per cent of the galas announced are directed or co-directed by women, which is a first. This year’s Toronto International Film Festival runs September 5th to 15th.