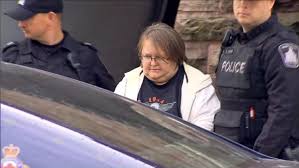 The findings of a commission into the Woodstock nurse who murdered her patients are set to be released on Wednesday.

The former nurse was sentenced to life in prison, with no chance of parole for 25 years.

Wettlaufer injected patients with overdoses of insulin, and told lawyers with the inquiry that she chose the drug because it wasn’t tracked where she worked.

Tomorrow’s report is aimed at preventing such crimes in the future.