Wall Street markets tumbled in afternoon trading on a tweet from U-S President Donald Trump who is slapping a new tariff of 10 per cent on about 300-billion-dollars worth of products from China beginning September 1st. The news come after an American delegation returned to Washington from what the White House described as a constructive round of trade talks. TD Wealth analyst Kim Parlee says Trump’s plan to impose tariffs comes just a day after the fed rate cute, which is seen as insurance to cover decisions like this one from Trump. Parlee sees this as leverage by Trump as the the United States and China continue high level trade talks. Here’s the closing market numbers. 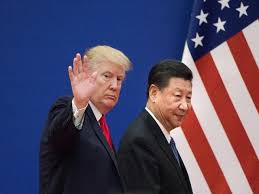