OPP NOW SEARCHING FOR MURDER SUSPECTS STILL ON THE LOOSE

Ontario Provincial Police say they’re taking numerous calls reporting possible sightings of two murder suspects from British Columbia, but nothing has been confirmed. There were possible sightings in Kapuskasing and other locations in northeastern Ontario. Provincial police have assembled a team to investigate the tips and are working with the R-C-M-P. A manhunt spanning several provinces began last week after 18-year-old Bryer Schmegelsky and 19-year-old Kam McLeod were named as suspects in three killings in B-C. Survival experts say there’s a 90 percent chance the suspects are still alive. 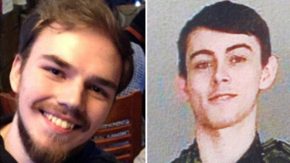