MANSON FAMILY BACK IN SPOTLIGHT, HALF A CENTURY LATER

A macabre anniversary being marked in Los Angeles Thursday, August 8th. It was 50-years ago when Charles Manson dispatched a band of disaffected young followers on a deadly weekend rampage that would terrorize LA and forever imprint his image as the face of evil. 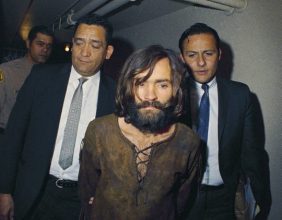 On the first night they killed actress Sharon Tate and four others. The next night, Manson led a handful of followers to the home of wealthy grocer Leo LaBianca and his wife, Rosemary. They too were killed. Manson hatched a plot to launch a race war that he took from a twisted interpretation of a Beatle’s song. Manson and three followers were sentenced to death but later had the punishment reduced to life in prison. Manson died in 2017 at the age of 83.