The Toronto International Film Festival is celebrating hometown rock star Robbie Robertson not once, but twice. TIFF will present a free screening of The Last Waltz,  the 1978 concert film that will be introduced by  Robertson and his long time friend director Martin Scorsese. The film documents the star-studded farewell of Robertson’s legendary group The Band. Robertson is also the subject of the TIFF’s opening night gala in Once Were Brothers, produced by Scorsese. 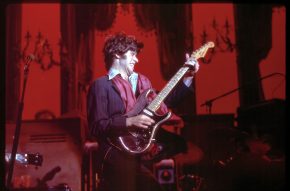 And a documentary produced by Leonardo DiCaprio about electric car racing, a look at a controversial yoga teacher dogged by sexual misconduct claims, and a Drake-backed film about immigrants are also headed to the festival. Organizers say 25 films have been chosen for this year’s non-fictions category. TIFF runs September 5th to 15th.