NO END TO TORONTO GUN VIOLENCE

There’s been another apparent targeted gang style shooting in Toronto overnight Saturday. A 30-year-old man received serious life altering injuries in the shooting on the hotel strip near Pearson Airport. Police are looking for two suspects who fled the scene. It happened less than 24 hours after a double shooting in the city Friday afternoon that left one man dead and another in hospital. Before these latest incidents, Police Chief Mark Saunders said the problem is complex, but notes there’s definitely a connection to street gangs. Police have identified the deceased from yesterday’s double shooting in East York near O’Connor Drive and Victoria Park as 29-year-old Kevin Reddick of Toronto. 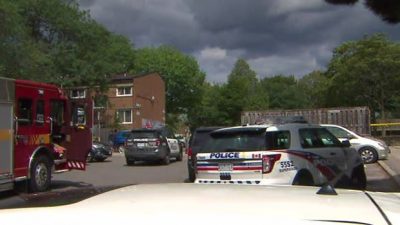