Blood, Sweat and Tears lead singer David Clayton-Thomas wonders if the spirit behind Woodstock can ever be recaptured. 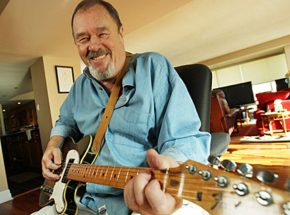 The Toronto musician says 50 years after his band headlined the iconic music festival, the sentiment of peace, love and protest of the Vietnam War has been relegated to a footnote. Clayton-Thomas says if anything could unite music fans in a similar fashion these days, it might be the rising anti-gun sentiment in the United States, as the regularity of mass shootings pushes some people to take symbolic action. Clayton-Thomas fondly recalls the original music festival as sheer pandemonium behind the scenes and says if violence had broken out at Woodstock it would’ve betrayed everything that generation stood for. He wonders if that lightning in a bottle could ever be recaptured.