Toronto’s police force is about to get more money to help combat rising gun crime in the city. Mayor John Tory says the federal, provincial and municipal governments have teamed up to provide 4.5 million dollars for immediate plans to tackle gun crime. Toronto Police Chief Mark Saunders says he welcomes the funding, but didn’t provide details on how it will be spent and adds he’ll release a plan in the coming days. Gun violence will be on the agenda Tuesday when the mayor sits down with Prime Minister Justin Trudeau to talk about gun violence and other subjects. During a speech in Toronto Monday, Trudeau slammed the Andrew Scheer’s Conservatives who plan to reverse the Liberal gun control measures elected in the fall. Toronto is in the midst of a spike in gun violence. 25 people have been shot in the G-T-A in the last 10 days alone and 2 were killed just that past weekend. The federal government still hasn’t committed to a handgun ban, despite requests to do so. 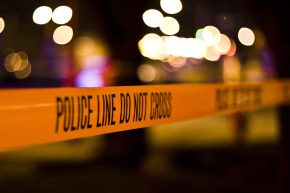