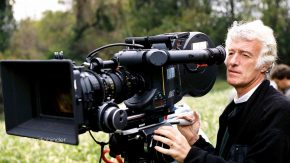 The 70-year-old 14-time Oscar nominee will receive the Variety Artisan Award at the TIFF Tribute Gala.  The  award recognizes a distinguished filmmaker who has excelled at their craft and made an outstanding contribution to cinema.  Deakins’ previous Oscar nominations include work on Skyfall, True Grit, Fargo, No Country for Old Men and The Shawshank Redemption.  Deakins won  the golden statuette last year for Blade Runner 2049.  His latest work will be seen in the The Goldfinch,  which will have its world premiere at the Toronto festival.