An independent committee has found that efforts to stop bullying at Toronto’s St. Michael’s College School are not working. The new report finds that bullying continues to be a school-wide problem despite measures put in place after a sexual assault scandal rocked the the all-boys private school. In all, the committee made 36 recommendations and interim school president Father Andrew Leung says the school is committed to adopting them all. The review says bullying is a systemic issue that is NOT limited to sports-related activities, but does say hazing is not an issue at the institution.Last fall, police laid charges against seven students at the Catholic school in connection with two alleged sexual assaults and one assault involving one of the school’s football teams. 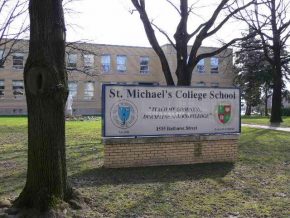