If you own a cottage, you may be shocked with your future electricity bill. 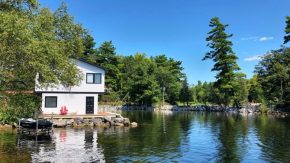 Hydro One says rates for some seasonal home owners could  jump by nearly 1 thousand dollars a year if Ontario’s energy watchdog makes good on a plan to cut a category that applies  specifically to cottagers.Hydro is against the move and says it means half of its 84,000 customers would see their cottage hydro rates jump.The OEB says the seasonal class isn’t working because all users in it aren’t paying their fair share. Hydro One says the proposal would result in moving cottagers to other rate classes.