Brexit mural by celebrated street artist Banksy appears to have been painted over. 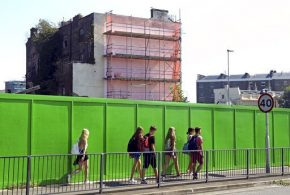 The famous painting depicted a worker chipping away one of the golden stars from the European Union’s flag symbolizing Britain’s exit from the bloc. 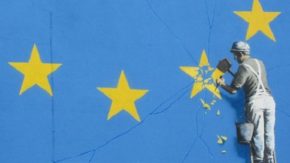 It’s unclear what exactly happened to the mural but the company that owns the building, previously said it was exploring options to remove, maintain or sell the artwork. Many are lamenting the loss of the art calling it a “culturally iconic statement of our times. The anonymous and elusive England based street artist and political activist is believed to be behind a prank that went viral last year.This is the sound of a 1.4 million dollar Banksy painting being ripped to shreds moments after it sold at auction. Banksy’s real identity has never been proven despite many theories floating around.