There’s been mixed reaction to news this morning that a provisional Brexit deal has been reached. British Prime Minister Boris Johnson says the U-K and the European Union have agreed on what he calls a “great new deal”. But Labour leader Jeremy Corbyn says his party is unhappy with the deal and he’ll likely vote against it. Corbyn condemned the deal as a sellout, and “even worse” than the one reached by Johnson’s predecessor that was repeatedly rejected by British lawmakers. He adds he best way to get Brexit sorted is to give the people the final say in a public vote. The deal still needs approval by E-U member states and the respective parliaments.European Commission President Jean-Claude Juncker says he’ll recommend the 27 E-U nations endorse the deal during their summit in Brussels later today. 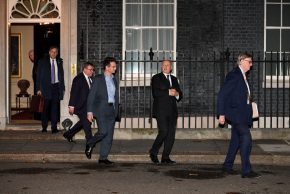