New York City lawmakers have voted to close the notorious Rikers Island jail Which has become synonymous with violence and neglect. City Councillor Corey Johnson initiated the plan to shutter the jail by 2026 ending a decades-long run as one of the world’s largest and most brutal jail. America’s most famous jail has been featured for decades in movies and TV shows including the long-running television series Law and Order. Rikers will be replaced with four smaller and more modern jails located closer to the city’s main four courthouses.The project carries a price tag of more than $8 billion. 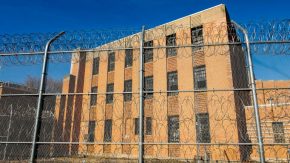