The Toronto Symphony Orchestra released some encouraging financial news Wednesday at its annual general meeting. The Symphony’s deficit is now the lowest it’s been in nearly three decades, ending the fiscal year with a surplus of almost $1.9 million dollars helping reduce the accumulated deficit to $2.6 million. That’s down $9.6 million since 2013. 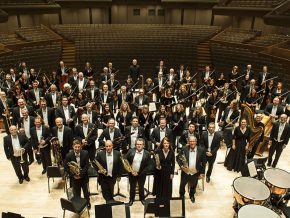 The good financial news comes on the heels of the largest donation ever to the organization. Symphony CEO Matthew Loden and Board Chair Catherine Beck say the historic $10-million gift from the Estate of H. Thomas and Mary Beck has an impact that is immediate and lasting.