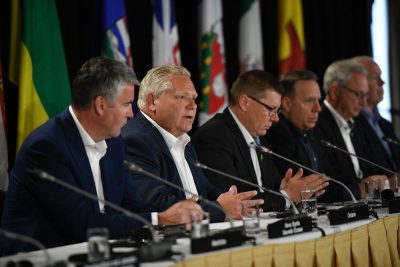 They remain divided on some issues, like pipelines. It’s the first time the provincial leaders have met since the October federal election. They renewed their call for a 5.2 per cent increase in annual health-care transfer payments from the federal government. They also say the government should recognize the right of any province to opt out of a pharmacare program with full compensation. Ontario Premier Doug Ford says there was a spirit of unity around the table. But a new poll shows people are not united in their support for the Premier. According to the Leger survery results from November, almost 1 in 7 Ontarians have a negative view of the premier, and across Canada, that number is just 65 percent.