It’s beginning to look a lot like Christmas at Toronto’s Union station. Canada’s busiest transit hub has been transformed into a Winter Wonderland both inside and out. The big attraction is this year’s addition of a skating rink on the Front Street plaza. 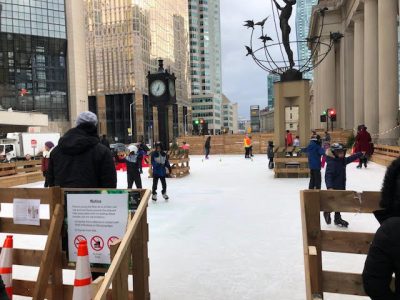 In its first year and after only a few days since opening, the rink is a big hit. “You’ll see the multi generational grandparents bringing their grandkids so their parents can go shopping and it’s something to do that’s totally free,” says Vanessa McDonald, V.P Branding at Union Station. 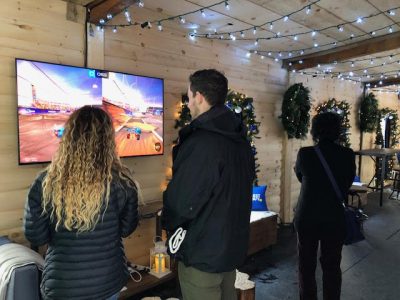 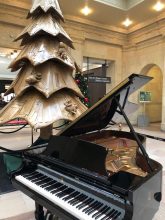 There’s even a Porter who calls himself Bruce Caboose to answer any questions about Christmas at Union Station, both inside and out. In addition to skating, there’s a warming hut with big screen TV’s, and inside Union Station, a self playing piano delights commuters inside the grand hall. The skating rink is open until January 4th. Canadian skating legend Tessa Virtue came out of retirement briefly Thursday night to skate with visitors.

Listen to a report by Christine Ross here.