There’s some movement in the stalemate between high school teachers and the province. Both sides have agreed to more talks through a mediator next Monday and Tuesday. But OSSTF president Harvey Bischof says he’s not going to get his hopes up. Education Minister Stephen Lecce says he believes they can reach an agreement but called on the union to stop further job action. 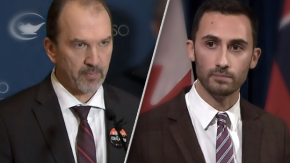 The union has blamed the Ford Tories lack of progress in their negotiations. The news comes as teachers at nine school boards held a one-day strike today for the second time in as many weeks.The two sides haven’t held talks since last week.

Meantime, the province’s four teachers unions are launching a legal challenge against Bill 124, that caps public sector salaries at 1 percent. Union officials from OSSTF, ETFO, AEFO and OECTA will outline the challenge at a news conference set for 9 a.m. Thursday morning.