According to reports, the Executive Director of the Conservative Party has been fired in the wake of the Andrew Scheer private school expense controversy. Dustin van Vugt was let go after approving the use of party funds to pay for the private schooling. In addition, the Conservative party has also launched an internal review with an auditor. Scheer resigned as party leader Thursday, days after news broke that he had been getting reimbursed by donor money to pay the cost of putting 4 of his 5 children in private school. Scheer’s office says the matter had nothing do to with his resignation. And some politicians from  other parties say such education payments are an acceptable practice in federal government. 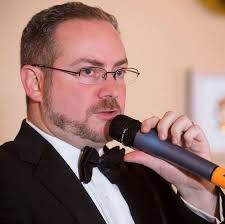 Meantime, speculation is ramping up over who will replace the outgoing Conservative leader. Two of his former leadership rivals have already said no to the job, Maxime Bernier and Kevin O’Leary. Former Harper cabinet ministers Peter MacKay and Rona Ambrose are possibilities.So are sitting M-Ps Michelle Rempel Garner and deputy leader Leona Alleslev.