SUMMER DRIVING ON THE 407 WILL COST YOU MORE

The 407 is about to switch to seasonal pricing. Drivers will have to dig deeper into their pocket to use the toll highway in the summer, considered the peak period. Expect to pay about .66 cents per kilometre during the evening rush hours on weekdays May to October. By comparison, it’ll cost 5 per cent less to travel during those same peak times from February to April. 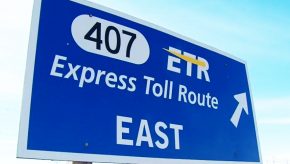 The company that operates the 407 says traffic is 25 per cent heavier during the summer than during spring and winter. Rates also vary by time of day, day of week, vehicle weight, and the section of highway being used. The price hike is to ensure the toll highway doesn’t become congested during busy times of the year.