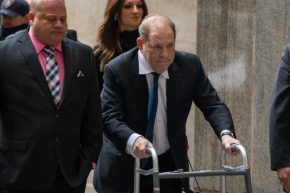 News of the new charges in Los Angeles comes as his trial began in New York with jury selection, where he’s also been charged with rape and acts regarding two accusers. The alleged rape in LA occurred in a hotel after prosecutors said he pushed his way into a woman’s room. A prosecutor alleges that the next evening, the movie mogul sexually assaulted a woman in a hotel in Beverly Hills. Lawyers for Weinstein had no immediate response to the new charges. And has pleaded not guilty in the New York case and denied all accusations of rape.